Register for a FREE TRIAL!

The terms “void” and “voidable” are sometimes confused and used interchangeably. But when it comes to contracts, there are major differences between these two terms, and not knowing the meaning of each could lead to legal issues down the road.

Before clearing up the differences between void vs. voidable contracts, let’s talk about legal contracts.

What Is a Contract?

The contract can be oral or written, however oral contracts are much harder to enforce and they should be avoided. Making the contract written and clear with all the terms and conditions is the best way to make sure the agreement is respected if you need to enforce it by law.

There are 5 important elements that all contracts should have to be legal:

1. The parties signing the contract have to be of legal capacity

That means the required legal age and mental capacity to sign a contract.

2. Must have an offer

One of the parties must make an offer in the contract.

The offer made in the contract must be accepted.

4. The contract must have a legal purpose

No illegal activity can be used in a contract.

Consideration means that both parties agree to provide something of value in the agreement they sign (money, car, property, manual labor, etc.). For example, I give you a car and you give me money for it. I give you property and you give me another property in exchange.

That means gifts can’t be legally enforced even if you sign a contract, because they are offered in generosity and that’s not legally binding. If you offer someone a gift in exchange for manual labor, that will be legal because there is something of value offered in return.

What is a Void Contract?

A void or null contract means a contract that cannot be enforced by any of the parties. That happens when one of the elements required for legal contracts has not been met.

A void contract is considered not executable by design.

However, a contract can be valid when signed and then become void due to changes in law or some situations that make the contract impossible to fulfill. For example, you could sign a contract that is legal, but before fulfilling the contract the law changes and makes the contract illegal, and therefore it becomes void.

What is a Voidable Contract?

One party has the option to void the contract or to keep it valid while the other party doesn’t have this option. A voidable contract is valid and legal until revoked or canceled.

One simple example would be John buying a house from Mark. John likes the house as it is, especially the way the garage was turned into a home gym. The contract states the house should remain as it is, but Mark turns the home gym back into a garage. Now the contract is voidable, and John has the option to void the contract and cancel the deal or keep it valid and accept the new garage.

Contract ratification means signing new terms that both parties agree that correct the issue which made the contract voidable.

The Difference Between Void vs. Voidable Contracts

To clarify the major differences, void contracts are invalid from the start, while voidable contracts can be canceled or kept as they are by one of the parties.

Void contracts don’t give anyone an option, they are invalid no matter what the parties do. Voidable contracts are valid until one of the parties decides to cancel or revoke them for legal reasons.

Void and voidable can be confusing when it comes to contracts, but there are some things that can help you remember the difference.

In other words, void means null. It means it’s not valid from the start, and it could be illegal or not to respect all the elements that make contracts valid.

Voidable means it COULD be void, and it also means one of the parties has the option to void it or keep it as it is.

Void contracts give no option to both parties while voidable contracts give options to one of the parties. This should make it easy to remember the difference.

How Does the Foreclosure Process Work in California?

Terminology
How To
4 min

What Is Escrow in Real Estate? 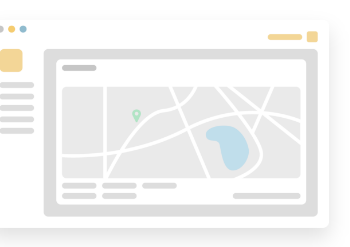